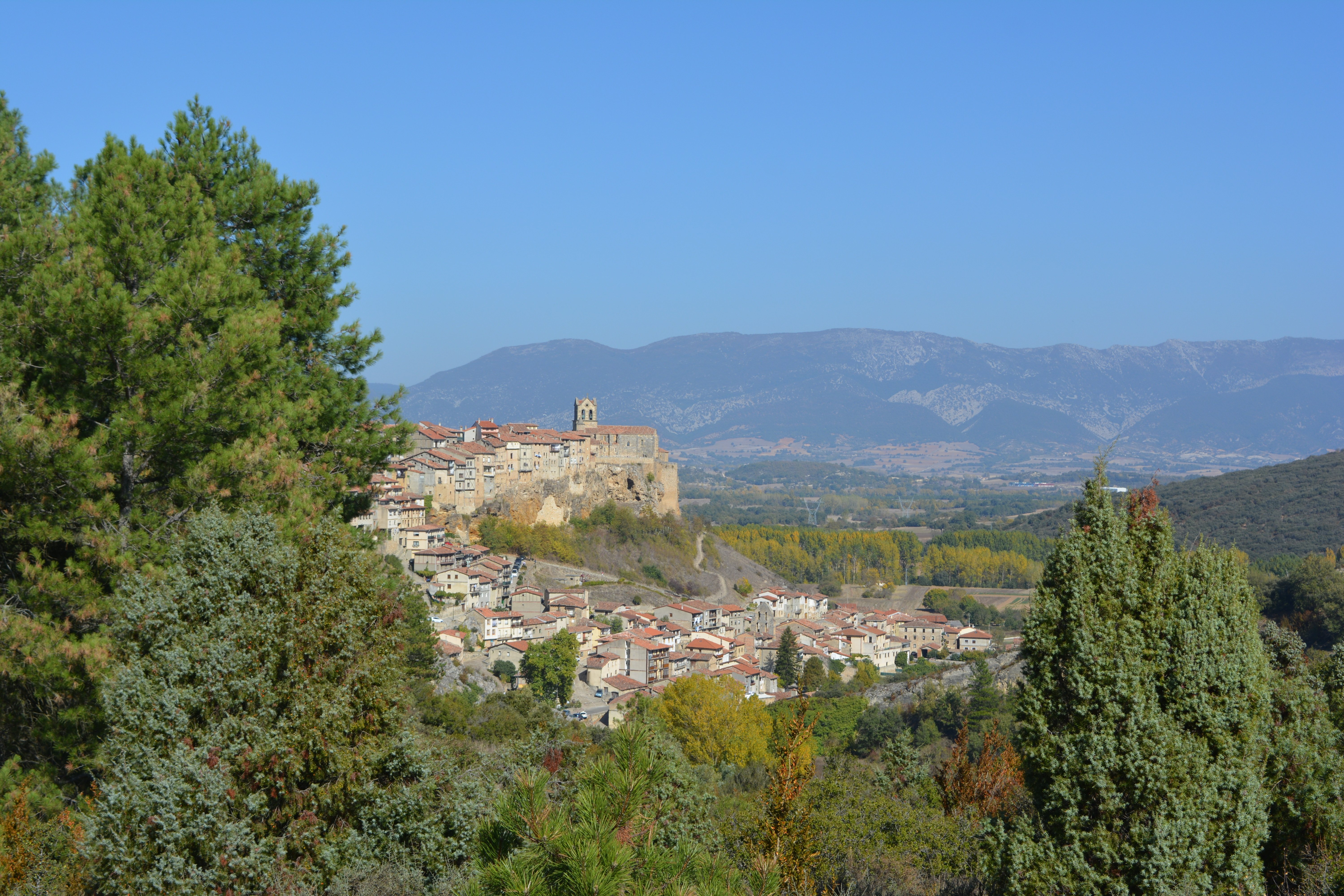 I discovered Frias when I was searching on Google Maps and had zoomed in on an very green area area by a river. There were a few towns nearby so tapped on Frias and a small blurb was displayed. I saw ‘ancient hilltop medievil castle’ and was sold. Frias it was!

After a short drive I saw the hill rising up in front of me, it was a big hill. There was a winding road that circled up to the top so took this and stopped in a nice level carpark near the top. After a few nights of sleeping at an angle, being as close to horizontal as possible was quickly becoming a priority.

It was late afternoon so I wandered up to the town and had a look around. The castle was incredible, towering above small winding roads that looked like they hadn’t changed for hundreds of years, it was like being transported back in time. The view from the top of the castle was incredible. A complete 360 degree panorama of the surrounding villages encased by the huge surrounding mountains.

The streets were small and winding and mostly ridiculously steep. Being from a very flat part of the UK I wasn’t used to climbing hills like this all the time, just walking around was really hard work! The houses were really old timber framed buildings which overhung the streets.

I stayed in the carpark for a few days. It was fairly busy but people didn’t seem to mind me being there.

Bordeaux and the Forest by the River