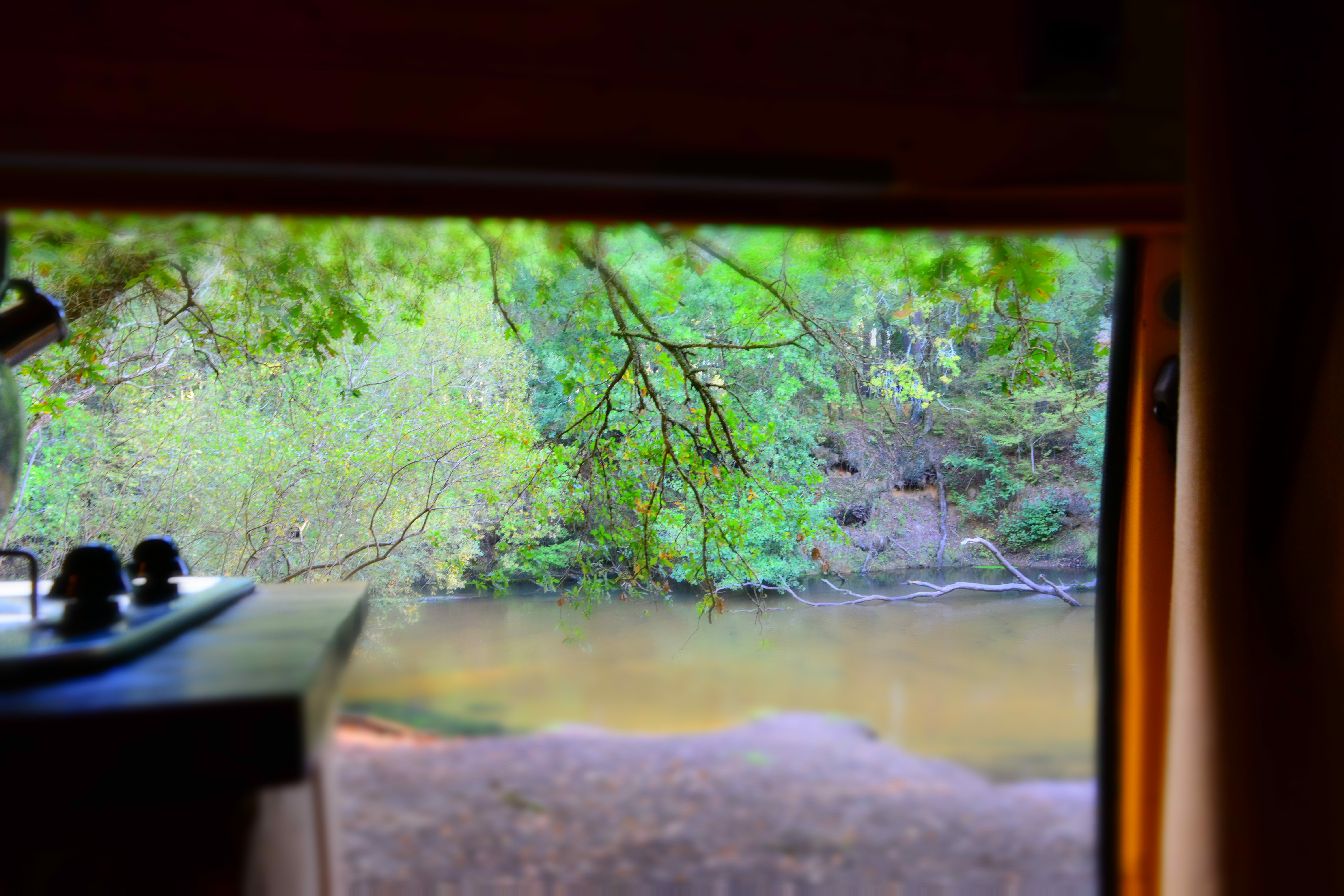 Bordeaux and the Forest by the River

After my first week of travelling I was feeling pretty good. I’d solved a lot of the issues that I’d wanted to sort on the van, had successfully wild camped in several places, had camped in a town and a forest and had faced several problems without loosing my cool too much.

I’d resisted the urge to dwell on the creeping existential dread that I’d made a huge mistake in packing my life into a van and I’d also found out how to get air from the machines at the French service stations!

I had, however, been on the move pretty much every single day. The longest I’d stayed in one place was for two days in the centre of Rochefort. This was mainly because of the weather (4 days out of 5 were grey and rainy) and also I hadn’t felt like I’d found the type of place that I would want to stay for a prolonged amount of time. I was on a bit of a mission towards warmer climes but I felt like I might be missing some of what France had to offer. After a few rough nights I decided to head South towards Bordeaux. The weather forecast looked much more favourable than what I’d been experiencing and, well, wine!

I arrived quite late at night so spent the night in an Aire nearby and dedicated the next day to finding somewhere to set up camp for a few days. There was a river nearby bordered by several small villages which was on the edge of a huge, green national park. I inspected the area more closely on Google Earth and it looked promising, lots of little dirt tracks leading towards the river.

I parked up the van and spent about 4 hours searching these paths by foot and by bike. I found this to be the easiest way of exploring rather than trying to manoeuvrer the van down tiny little tracks which was pretty tiring and took a lot of concentration. Eventually I found a beautiful little nook, right by the river and deep within the forest. The trees formed a natural canopy overhead and the sunlight was dappled on the floor. The road leading to it looked a bit treacherous but I decided it was worth the risk.