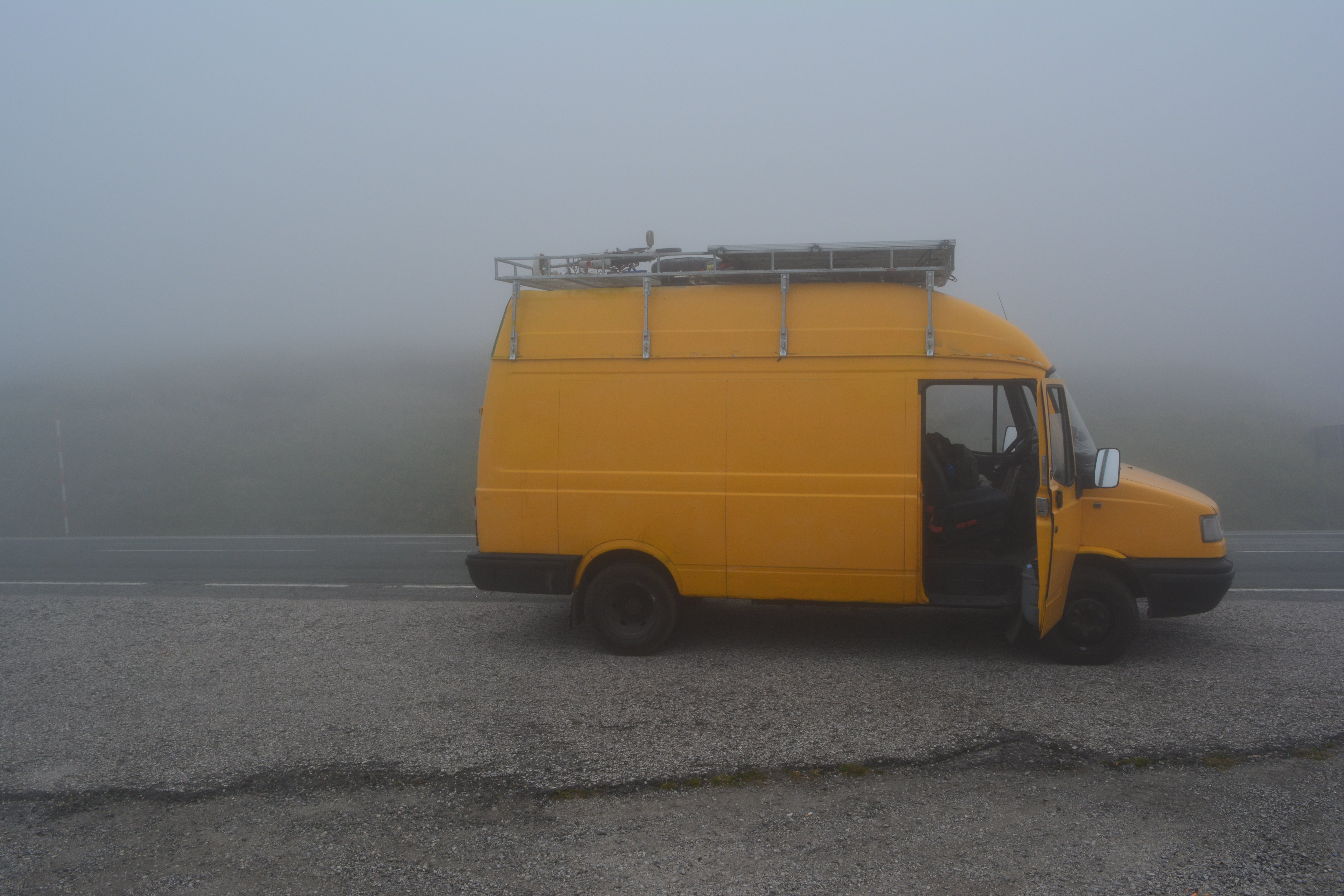 After a week in the mountains I felt like a change of scene so I decided to head North to the coast. I knew I had to cross a mountain range but nothing prepared me for what I was about to experience on this drive!

I’d already driven over one mountain which was a bit daunting. I mostly kept the van in 3rd gear, crawling along at about 30mph so as not to strain the engine too much. It was slow and noisy but the scenery was really impressive.

I thought that might be it as the road had flattened for a while. Until I saw in the distance a jutting mound enveloped in rolling mist. The fog was so thick and flowed down the side of the hill like dry ice.

It was an incredible sight so I pulled over and took some pictures. I continued into the fog. The road started to rise and after a few minutes I noticed the temperature had dropped drastically. The weather previously had been sunny with a warm breeze so I was wearing a t shirt and shorts and was now pretty chilly. I continued up and the fog grew more and more dense until I couldn’t even see 10m in front of me, it was quite an experience.

A Treacherous Path to a Beautiful Lake