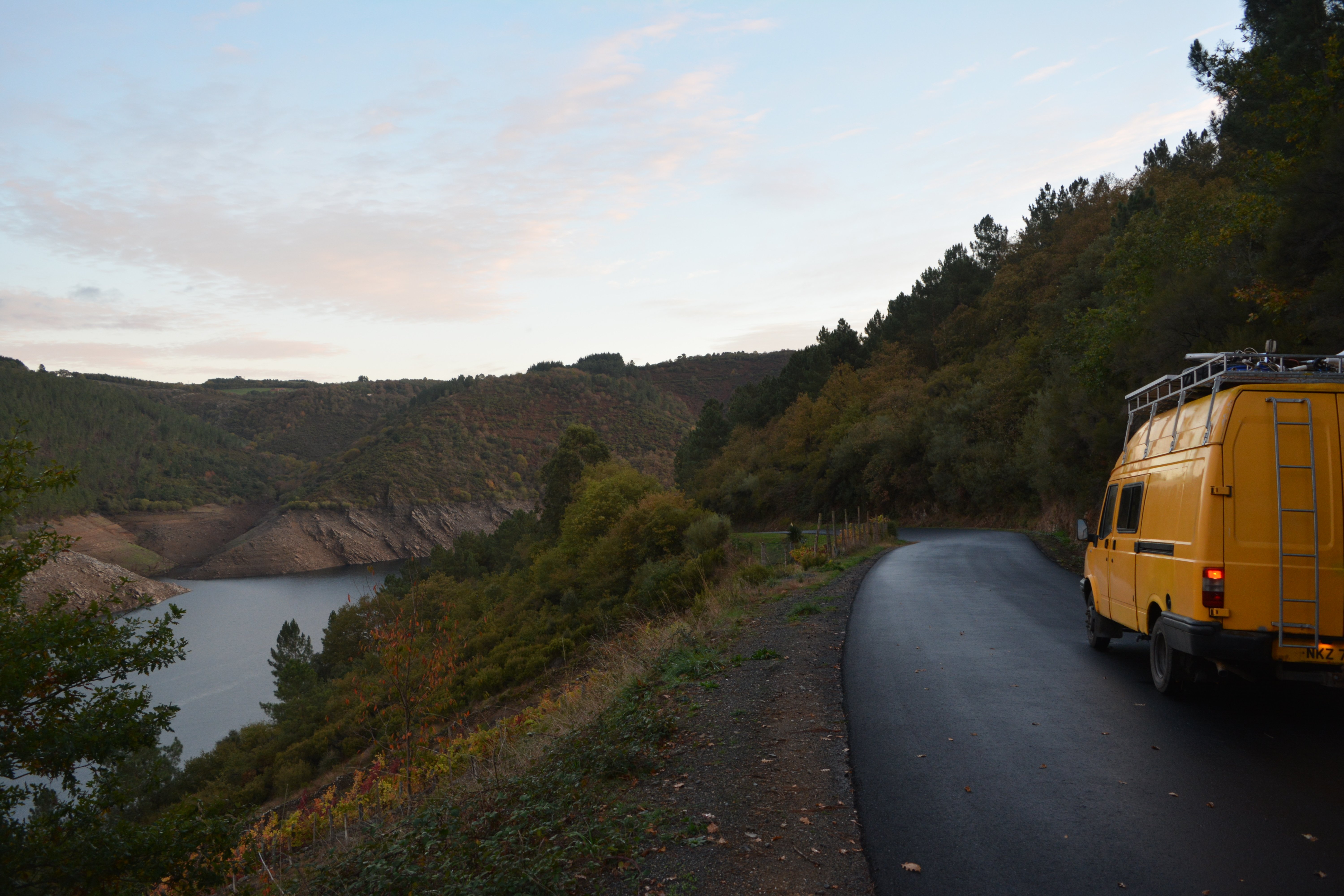 The Route to Portugal. Pt 2

After Rinlo I left Manu and travelled two hours South to a town on the edge of a huge river. I found a track that looked like it led down to the side of the river so I decided to check it out. I wasn’t disappointed! Although it was getting dark when I arrived, the view from the road down was spectacular.

I found a little nook in the side of the track and settled up for the night.

It was a beautiful clear night but was freezing in the van, It went down to 1 degree but I managed to get a good nights sleep without waking up too many times. In the morning I had an explore. It looked like there had once been structures built onto the side of the river bank, possibly an old vineyard. The rocks were like slate and very angular but perfect for levelling the van which was at quite a steep angle!

In the morning I had an explore and took some pictures.

These strange formations ran along the length of the river bank. I couldn’t work out if they were man made or natural.

There were also these little doorways leading underneath the track.It was all very mysterious.

I had some food and moved on as it was still pretty chilly. I was really missing the sun!

The Route to Portugal. Pt 1

The Route to Portugal. Pt 3