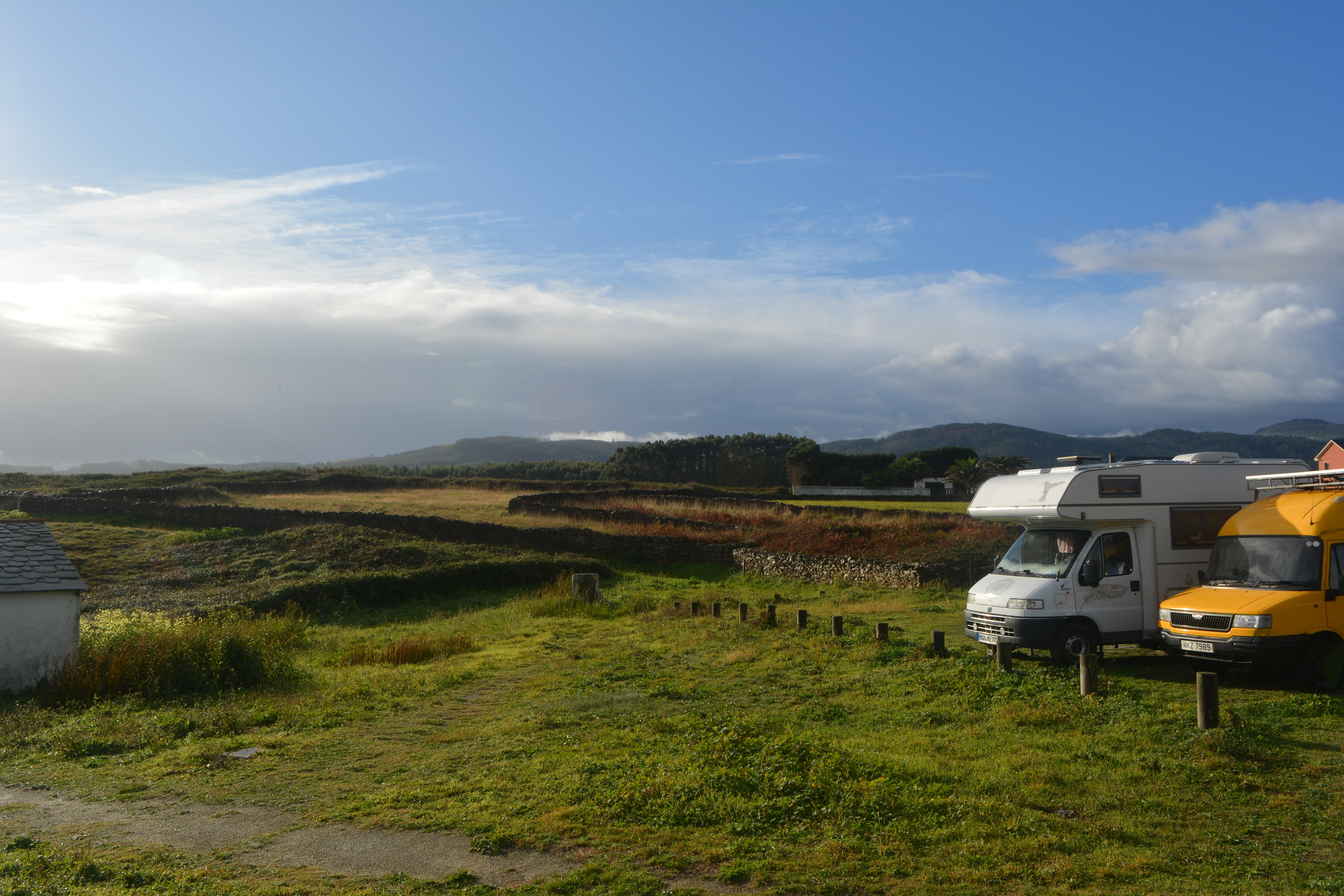 The Route to Portugal. Pt 1

I’m meeting a friend in Porto in just under two weeks so after three glorious weeks I felt like it was time to leave Vega. The weather had started to turn and the forecast was for a week of rain. Me and Manu, a friend I met in Vega decided to travel along the coast together in search of better weather.

We stopped for a night in the village of Rinlo. Without much thought we found a really nice spot to camp right by the sea front. The waves were huge and the sunset was spectacular!

In the morning the mist rolled in from the sea. Sleeping in a van means you get the best views when you wake up.

We continued along the rocky coastline and stopped at a few beaches before I left Manu and headed South.

Vega II – A walk up to the hilltop bench

The Route to Portugal. Pt 2