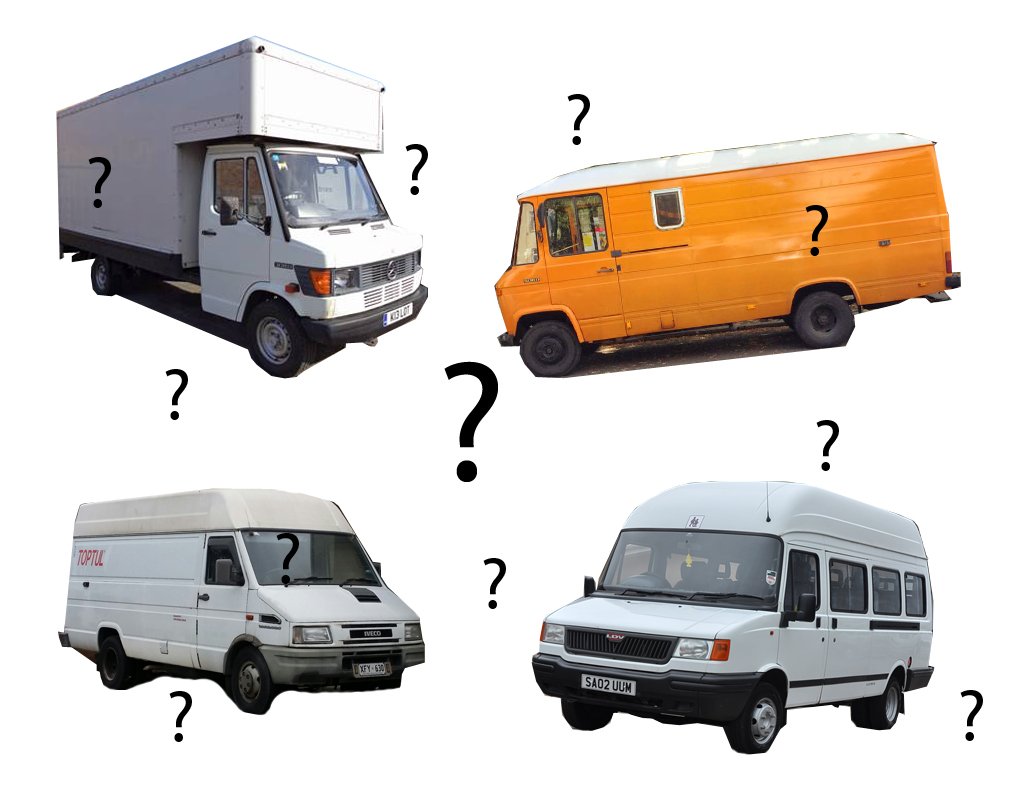 Initially I looked at all several different base vehicles. I was pretty set on the idea of an ambulance for a while. I found a re-seller that had picked up several at an auction and was selling them on at a reasonable price but somebody was quicker on the draw and I missed out on one by a few hours. Looking back I’m actually quite glad, an ex-ambulance would have added an extra layer of complexity to an already complex build as I would have had to strip out all the unnecessary wiring and components before I started.

After some further research the Iveco Daily (pictured below) stood out as a possible contender. They seemed to have a massive space for converting and the thick doors would provide lots of security. The model pictured also has a bulkhead (closing off the van space from the cab). The price, however, was not so alluring. I had an upper budget of about £3000 to spend on a van and most of these were more than double!

At this point I was spending a lot of time on forums and various online marketplaces. It was pretty draining and I was getting frustrated and didn’t feel I was making any progress. I just wanted to get on with the project! I’d looked at Mercedes Sprinters, Lutons and everything in-between but they either had a ridiculous mileage, were way too expensive or looked very old and rusty. Nothing caught my eye and if I was going to spend the time and effort converting a van then it needed to be able to last more than a few years…

I think at the peak of my frustration I stumbled across the LDV Convoy. The most basic of basic vans. No complex electrical system, no fancy extras, essentially an engine with a box on the back of it. With its high roof and wide profile it seemed to be an excellent base vehicle for a camper conversion. A quick search online revealed that they were well within my budget and there seemed to be a plentiful supply of them (in varying degrees of rust!).

Within a few days I had found several that looked promising. One afternoon I called round to see if I could arrange to view them. Two of the three had already gone and the third was being looked at that day. The chap on the phone said I could put a non-refundable deposit down and he would keep it for me but I was hesitant. I called back the next day but it had already gone, it seemed like there was a good market for these vans! The search continued.

Then I found this guy…

This is Vincent, a 2005 short wheel base LDV Convoy. In his former years he enjoyed a leisurely life as a library maintenance bus in a quiet, rural village. I saw Vince first on Gumtree, not convinced by the bright shade of yellow, I scrolled past him several times and actually bid on another van before I even looked at the advert. Looking though the pictures I was impressed by the condition and the low mileage, just 40k on the clock and not much rust to be seen. I thought this was too good to be true, decent mileage, reasonable condition, the catch?

It was in Belfast!

This seemed a bit too far to travel but I called the guy anyway. After chatting for about half an hour I’d managed to haggle him down the cost of travelling to Ireland and bringing the van back and had arranged to see the van that weekend. It all happened quite quickly. This was a bit of a risk but he sounded like a trustworthy guy and the flights to Ireland were pretty cheap so I took a leap of faith and went for it. I went with a mate, it was hilarious. We got lost, missed our ferry, cheered England on in the rugby and drank Guinness. I’ll write about this adventure in another post at some point!

Aside from a near overheating caused by a leak in the radiator we managed to get back safely and in one piece. I had the van, I could now start to figure out what the hell I was going to do! Vince was a nice empty shell to work from which gave me a blank canvas and lots of room to work with.