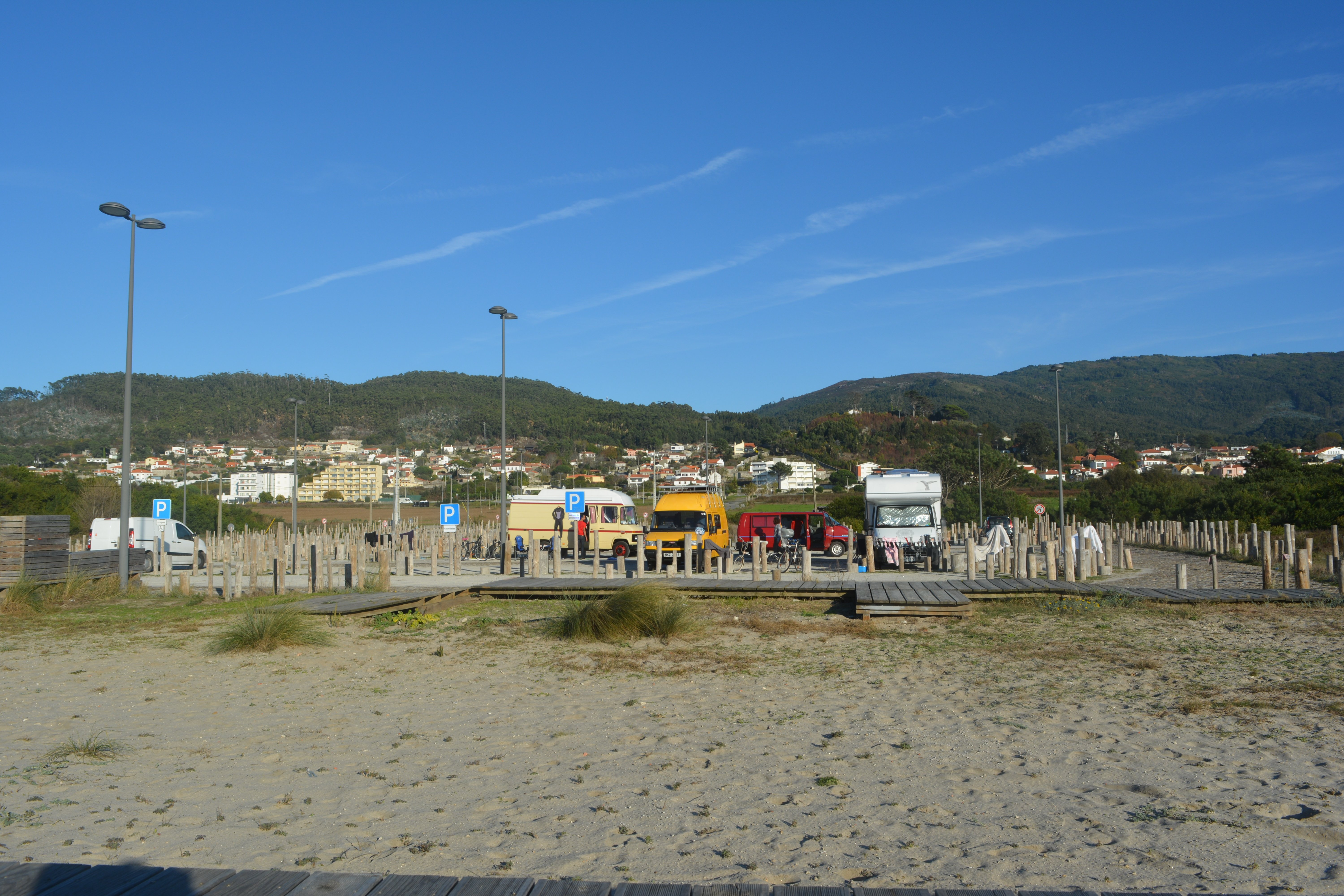 The Route to Portugal. Pt 4

After two nights in the mountains I decided to head for the coast. It was about an hours drive due West to the city of Viana de Castelo. I’d just parked up when a friend of mine messaged me and said that she was about 10km North in a little town called Afife and parked near a beach. It looked really nice so I drove to join them.

We parked really close to the beach. The sunset was beautiful!

I stayed a few days and met some really interesting people. James from Cornwall who’d cycled down from Santander with his surfboard on a home made bike trailer.

And Lars and Nick who had a gigantic kite that they used to jump around the beach. I had a go, the force of the wind was ridiculously strong, It felt like it could tear my arms straight off my body if the kite caught a strong gust!

Even though it was only an hours drive it was much warmer than the mountains I’d just driven from. The sun felt great after a few rainy, overcast days.

The Route to Portugal. Pt 3

Waiting for a Mate in Lavra