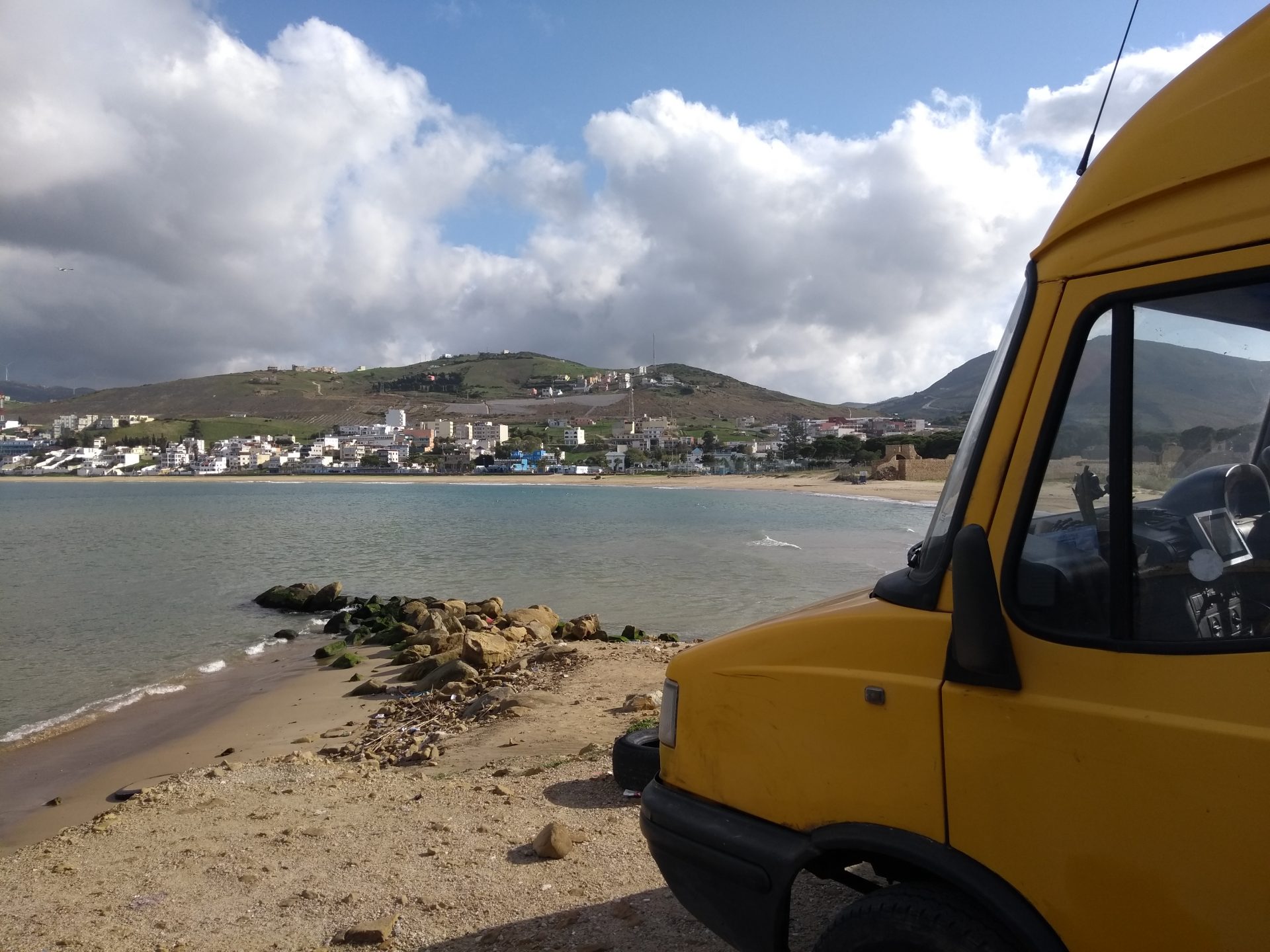 My First 24 Hours in Morocco

The moment I boarded the ferry at Algeciras I knew that things were going to be different in Morocco. I could feel this buzz and confusion that I hadn’t experienced in Europe.

I’d read a lot about the faff of getting through the border and some of the difficulties other people had experienced. I had expected to be waiting for hours while my papers were examined and stamped and I’d be sent from office to office while not really knowing what was going on. I was dreading it a little bit…

Thankfully my experience was pretty good. It took about 10 minutes for my papers (V5C, passport, and visa) to be checked and approved and then I was through customs. It was a very pleasant surprise!

Maybe I was lucky and it was quiet or maybe the border authority had improved their processes, either way I was happy to not have to wait hours. I saw others having to unload everything in their vans (it was amazing how much stuff some people had squeezed in!) but the official had a quick look in my van and waved me on.

Once I was through border control I parked up at the area where I could buy insurance. Before I’d even turned the engine off I was approached by a very smiley young man who wanted to sell me a SIM card for the Moroccan network inwi. At first he wanted to sell me 40GB of data for 400DHM (about £30) but after some negotiation I managed to get him down to 10Gb for 100DHM (£8) which was actually quite reasonable. I gave him my phone and he created a new APN profile and put in all the settings. He also activated the SIM and topped it up which was useful because it was all in French and Arabic.

This was ideal, and I was glad for the help. Before I arrived I was wondering about getting connected in Morocco. Whilst I was on the ferry I’d received several texts from my phone provider informing me how insanely expensive it would be if I used their services so I knew this wasn’t going to be an option.

My insurance company told me they wouldn’t insure me for Morocco so I had to buy insurance on the border before I entered the country. This was really quick and easy to sort out. I just went to the office with my V5C document for my van and they filled out the paperwork and gave me a copy. It cost me €190 for three months.

I’d read that Morocco was mainly a cash-based country and that it was unusual to find places that accepted card, even in large cities. Instead of changing money at the Bureau I took money out from one of the ATMs near the insurance office. I’m with Monzo bank so get quite a good rate when withdrawing cash and this was the cheapest option for me.

Once I’d left the port it was time to orient myself and find somewhere nice to spend the night. I had a look along the coast down to Tangier and there looked like a few nice spots so I set off to explore.

After checking out a few places I found a nice place to park on the coast near to the city of Tangier. There was a car park with tables set out overlooking a cliff and a bar selling mint tea.

I decided this was a perfect time to try my first Moroccan mint tea, relax, and take in the fact that I had actually made it to North Africa in my van.

I felt a bit conscious about staying in the car park of the bar that evening so I moved up the road to another area where lots of locals were parked on the side of the cliffs. I got a fantastic view of the sunset and sea that evening. There were a few stray dogs but I didn’t get any hassle that evening and felt quite safe camping there.

Any cookies that may not be particularly necessary for the website to function and is used specifically to collect user personal data via analytics, ads, other embedded contents are termed as non-necessary cookies. It is mandatory to procure user consent prior to running these cookies on your website.